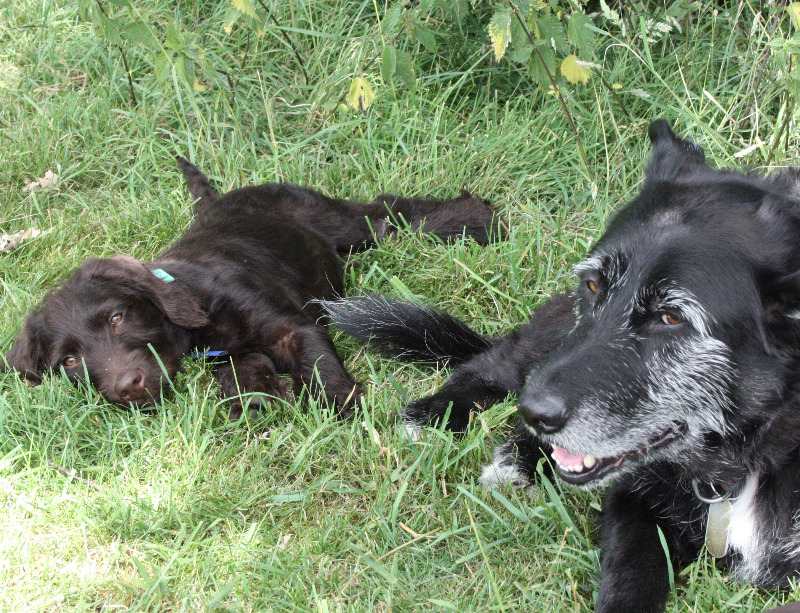 A human year equals 7 in dog years, right ? This is a common myth that probably comes from the idea of multiplying the average dog lifespan by seven which roughly gives you the average lifespan of a human. There is no real way of comparing a dog year to a human year as the way dogs age is as individual as each dog themselves. Smaller dogs also tend to mature, both physically and mentally, sooner than large breeds. Small dogs also tend to outlive much larger breeds.

In the first few months of a dogs life they grow rapidly and a one year old dog is the equivalent of a 15 year old human depending on the breed. Most breeds are physically mature by 12-18 months and most of the smaller breeds are mentally mature too. Larger breeds tend to fill out more over the next year or two and become more mentally mature too over this time. Unfortunately with larger breeds as they take longer to mature they also become older quicker. Giant breeds becoming senior at 7, medium to large breeds between 8-10 and terriers etc. about 11.

Lifespan also depends on the size of dog. Chihuahuas, Maltese and  miniature poodles have some of the longest average lifespans at
12-14 years. Where as Great Danes and Bernese have an average lifespan of just 6-8 years. Although each dog is individual and may live many years past the average for their breed. Exercise, diet and medication can play a part in how long a dog lives as well as breeding and genetics.